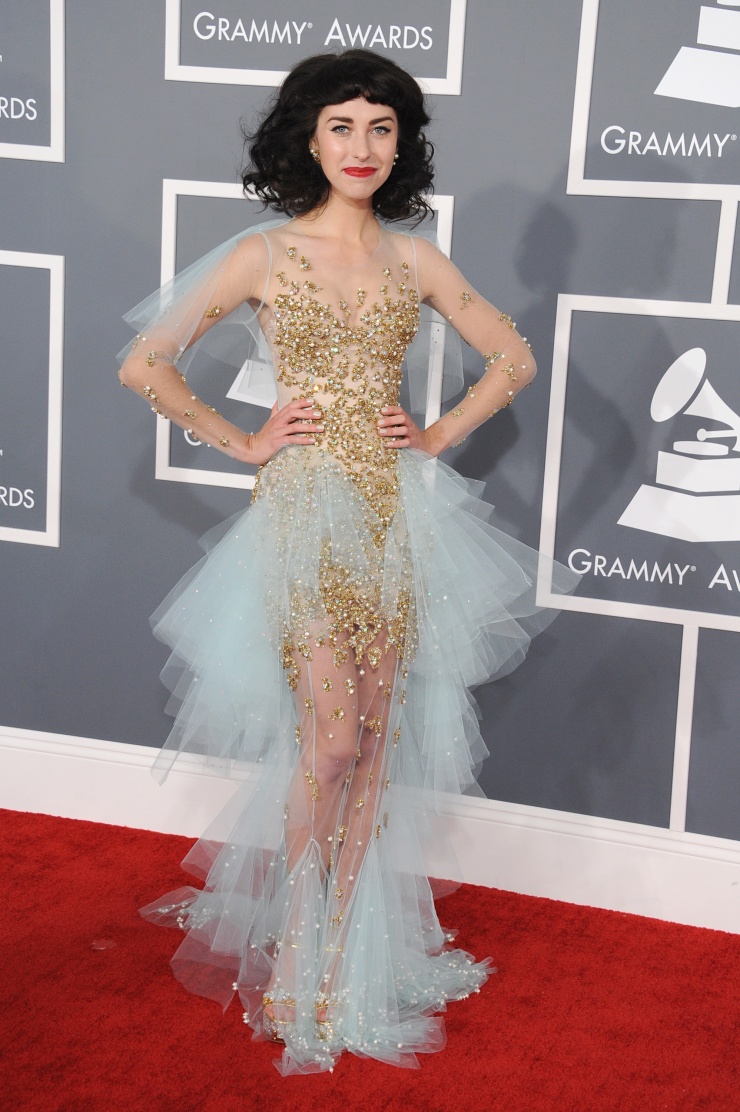 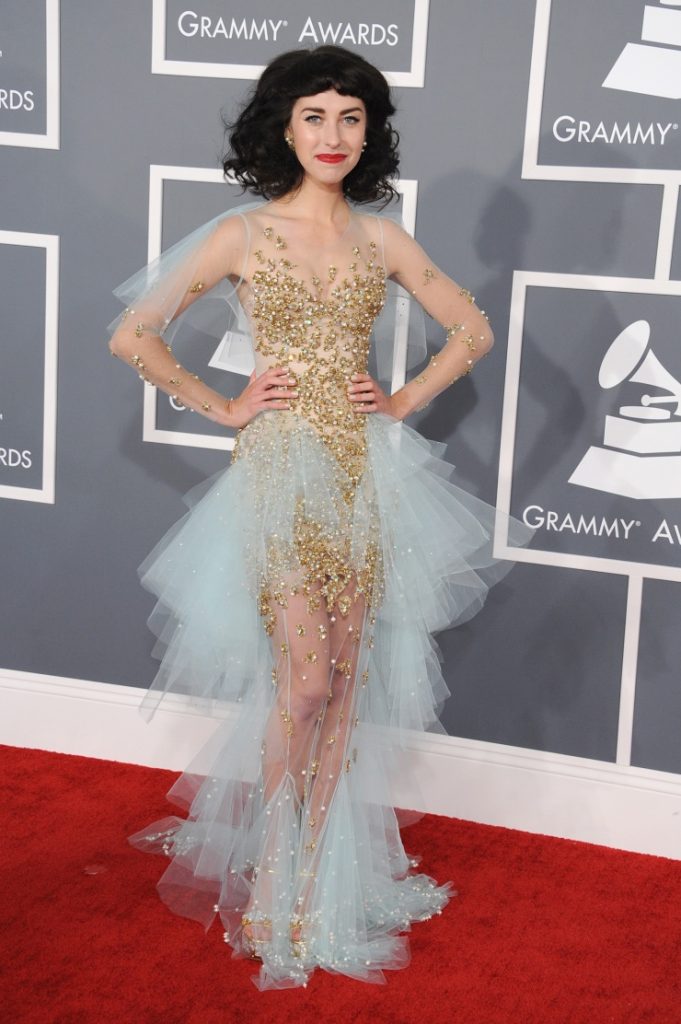 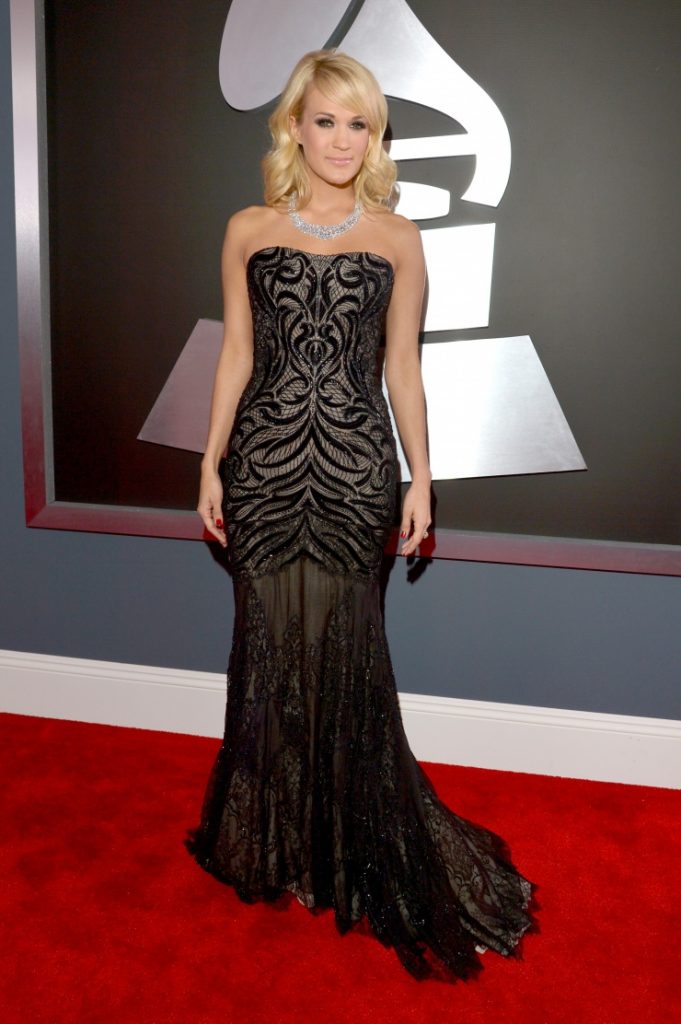 I think I speak for all women who love fashion and red carpets that this is our favorite time of year.  I caught the award show a tad bit late but thankfully the show was set to record. My favorite red carpet look was Taylor Swift. Am I a Taylor Swift fan? no. Do I happen to know the words to some of her songs and sing them in my car when I am in traffic alone? Absolutely. She looks like a greek goddess in this J. Mendel gown. Carrie Underwood is always so beautiful, and she definitely always brings it to a red carpet. Now the very top image is of Kimbra who sung with Gotye the hit song last year “Somebody that I use to know” Why I chose this look? Because I think no one but this girl could ever wear a dress like this and look so pretty. I would have rather this dress without those flaps in the back of her shoulders that look like mini wings, but I think she just pulled it off.